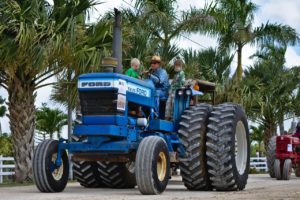 So there have been increasing attacks on farmers going back to around the late 1990’s, but if you want to get technical, this dates back to when the fast food industry took over America and started bullying farmers and running them out of business if they didn’t do as they were told.

We are pretty certain these attacks on farmers probably even dates back to the 1800’s.

And of course, Monsanto has TONS of money and can afford to take farmers to court, whereas farmers are never rich and can’t afford that.

How The Government Attacked a Farmer in Michigan

Now the Department of Natural Resources (DNR), which isn’t an elected governing body, is wielding MORE attacks on farmers.

A farmer out in Michigan was raising a prized pig from Hungary called the Mangalitsa pig.

Then one day while dropping off the meat to one of his customers, he finds out that the DNR went around to ALL of his customers and told them that they can no longer sell the pig meat or even keep it in their freezer. That it’s now against the law and a new regulation.

They “claimed” this pig supposedly had 9 characteristics that prevented this farmer from selling it, including that it was a feral pig which was ridiculous.

The farmer then thought there was a mistake and confronted the Department of Natural Resources and instead of listening, they threatened him. They told him that he either has to get rid of ALL of his pigs by April 1, 2012, or they would fine him $10,000 per animal.

Then the next threat was that they would arrest him, shoot all his pigs and put a lean on his farm.

He REFUSED to be “compliant” with the DNR because he had been under the misguided impression that America was a democracy and that we, the people, had rights to have our own land and raise whatever stock we wanted.

He also didn’t have the money to just throw these pigs away, he had paid a lot of money for them and he had been making a living raising and selling them.

On April 1st they never showed up at his farm, but several people drove by as he watched.

Each time he showed up in court, several young guys with their suits, sunglasses and guns would show up to intimidate him. They didn’t actually do anything to him, but the message was clear.

So turns out there was a problem with feral pigs in Texas, but NO problem in Michigan, and this farmer did ask around. Even if there was a problem, people would just shoot them if they got loose and caused havoc. The government has NO business telling us what we can and can’t sell to make a living.

Turns out that the Department of Agriculture was behind this attack. They had to use the DNR because they are armed government workers, and in Michigan all farmers are armed, so there was no way pencil pushers were going to come to a Michigan farmer and threaten him without backup.

The farmer explains that the department of agriculture was just using scare tactics to try and gain access to his land because they ONLY have access to public land, not private land.

The farmer thinks that the bigger picture is that the soil in America is shot (we know this is true), and they are only going after farms in the Midwest where the soil is still somewhat fertile. They don’t care about the farms on the east and west coast.

Most farmers when they get this letter with these threats from the government, they just pack up and go instead of fighting it.

Guess who gets their LAND when this happens?

THE BIG Agriculture BUSINESSES that control our FOOD and the government!

The Fight Isn’t Over

Even though the department of Ag told the judge that this farmer was compliant, in actuality nothing had changed.

The case was dismissed.

But this farmer was also raising chickens, and so the corrupt government department of ag started going after his employees.

They also started going to his retail clients to tell them he’s under investigation. He just happened to find out from one of the retailer’s employees.

The Threats From the Government Bullies To This Farmer

Reasons Why Industrial Agricultural Companies Are a Problem

How Did This Farmer Stand Up To The Government Bully?

Well, first of all, he’s used to dealing with conflict from when he was in the air force and so he simply said NO. I will NOT comply with your demands. I’m a FREE human being and have the right to my land.

The corrupt government would try another tactic and he would say no to that too.

There was no physical fighting because they knew things would get worse, so this was a battle of wills and so far he’s stood his ground.

To see the entire interview, you can click here.

0
Author: Michelle
Categories: Examples of why government should not exist
Tags: Attacks on Farmers