People usually throw the first amendment around all the time, but now it’s 100% LOST.

We can’t say how we feel, and NOW we can’t even protest or assemble to protest.

Now it’s ANY race of human can’t protest and yet people go ON and ON about socialism and communism and how bad it is when here RIGHT in America the same thing is happening. We are being even MORE oppressed than we were before.

And what’s worse, you can’t even donate to the protestors to help them.

What’s the story you ask?

A bill called the ALEC bill was created and passed in one state.

Then the same wording was copied to four other states.

These are the 5 States involved – Minnesota, Louisiana, Wyoming, Iowa, and Ohio.

Freedom of Speech is a Now a Crime

The bill says the government will throw anyone in jail who protests to stop a TOXIC oil pipeline from being built.

They are labeling anyone who is AGAINST these EVIL CORPS as eco-terrorists and there’s also a civil bill which goes along with the crime bill that allows them to go after people for MONEY.

Criminally we can get upto 25 years in jail and YOU can be charged with conspiracy and charged tens of thousands of dollars even if you just donated MONEY towards the cause.

This is all being spearheaded by the Koch Brothers who is just one of the EVIL families responsible for polluting our earth and the humans and all living things on it.

We are sure there are other families involved as well, but the Koch Brothers are leading the pack.

We’ve heard stories about them before. They are two of the most EVIL people on the planet.

Energy Transfer Partners, who owns the Dakota Pipeline has also filed MAJOR lawsuits against Greenpeace, the Indigenous Environmental Network, Earth First and others under this law that calls them conspirators under the RICO act.

The RICO act was meant to be a law AGAINST the mafia and is NOW being used against organizations trying to protect our earth and the humans and living creators living on it.

The Koch brothers contributed money towards Pence and every other politician who denies that climate change exists.

They aren’t JUST polluting our earth, anyone who breathes in their TOXINS is harming their body, brain, cells, etc. They are KILLING US!

You can watch the episode on this story here.

And to find out more about how Trump and his New World  Order friends are taking over, click here.

And don’t forget the new laws that allow people to take down protestors. 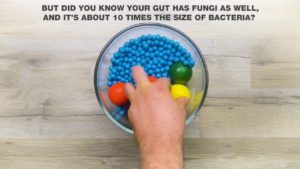 Get 10% off with this code WEDESERVEHEALTH
Search